A pretty, youthful face is plush and soft. Full, and free of shadows. Look at your own photos through the decades. Even if you were thinner in youth, your face consisted of soft convexities and few shadows. As the face ages, natural shape and volume are often lost in the face. Some of this volume loss is skeletal (not only the spine ages) and some is from thinning of the skin, but most volume loss is the result of the loss of baby fat under the skin. This is an issue our fat grafting in Charleston effectively addresses.

Hollywood and the media are replete with examples of over-corrected volume replacement, with the lips and cheeks expanded in an unnatural and excessive manner, while the remainder of the facial volume loss is unattended. At Thomas Funcik, MD, our fat grafting procedure utilizes your body’s own tissues to naturally improve the shape and smoothness of your skin. The most commonly-treated areas with facial fat grafting are under the eyes, tear troughs, cheeks, and nasolabial folds.

What is Fat Grafting?

The procedure requires IV sedation. Most often it is performed in conjunction with a Facelift, unless the patient has undergone a previous lift.

Fat is typically harvested by gentle hand suction through tiny incisions from problem areas where the fat stubbornly persists after weight loss. It is then centrifuged in a sterile fashion and placed in 1cc syringes. Blunt cannulas are used to graft the fat to the sunken areas in tiny parcels, in a “peas in a pod” or “pearls on a string” fashion. This allows the grafted fat to absorb oxygen from the nearby blood vessels.

While the procedure is planned and conducted, scanned black and white photographs of the patient’s face are studied to determine where volume has been lost in the aging process in order to get the best results in fat grafting Mount Pleasant, SC has to offer. 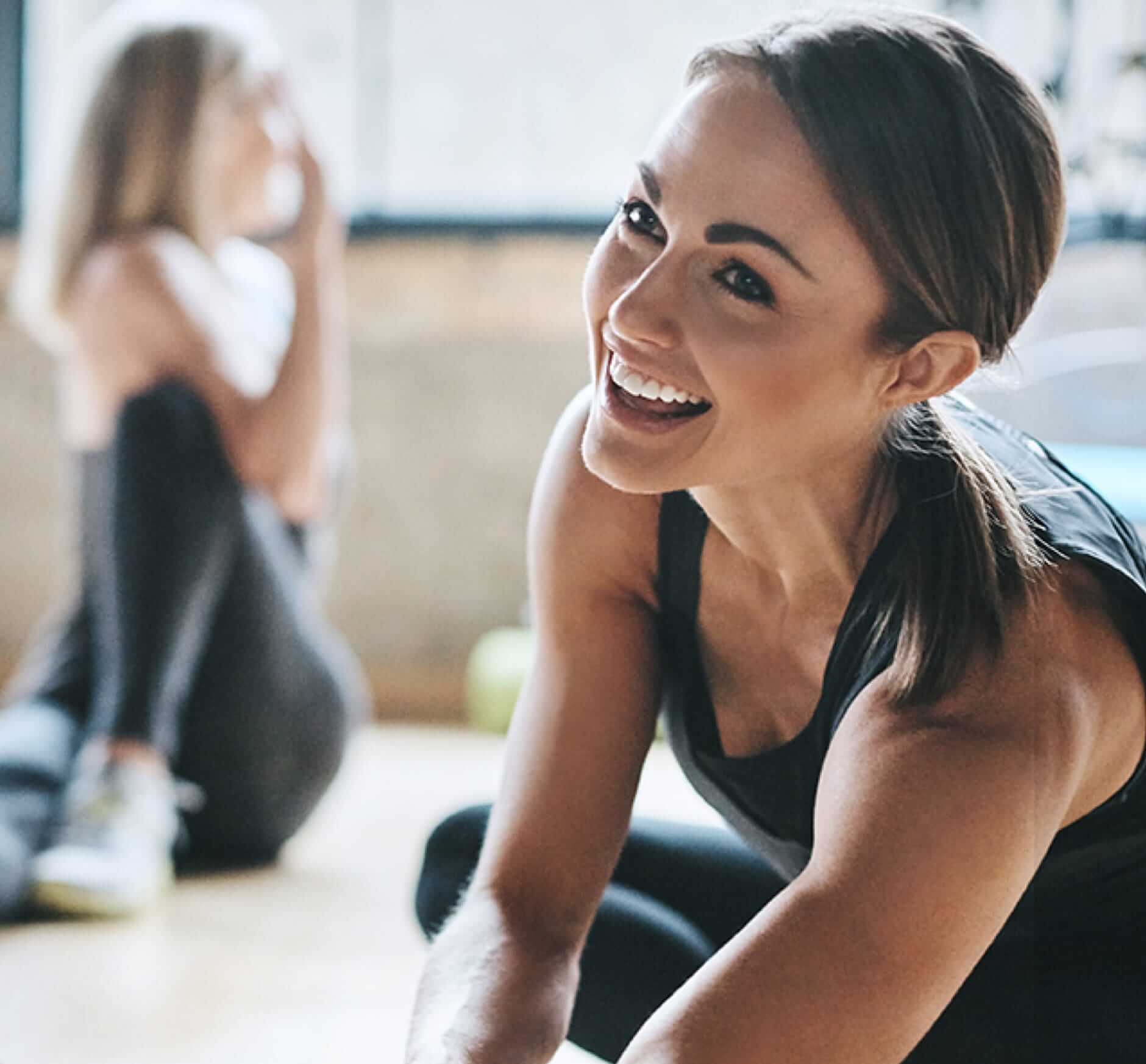 After the procedure, the fat survives just as well as any graft such as a skin graft. Common volumes of fat grafted are 40-60cc’s, but volumes can reach 80cc’s. For reference, an 8 oz. cup has 237 cc’s.

There are many advantages to fat grafting. It is natural, looks natural, may have some stem-cell rejuvenating effect, and it is beautifully soft. It can be grafted to the cheek, lips, temples, chin, jawline, hands and nasolabial folds. But the MAIN advantage of fat is that it is generally available in sufficient quantity.

You see, all fillers are dispensed in small 1cc syringes, costing between $500 and $900. 1cc is only one-fifth of a teaspoon, one-fifteenth of a tablespoon! The two products that were proven to the FDA (Voluma and Restylane Lyft) to restore cheek volume, required 7-14cc of product to rejuvenate just the cheeks! Simple math proves this is fiscally unreasonable. This is a seldom-discussed inconvenient truth that many patients have had to learn the hard way by spending a tremendous sum and being disappointed with the results. 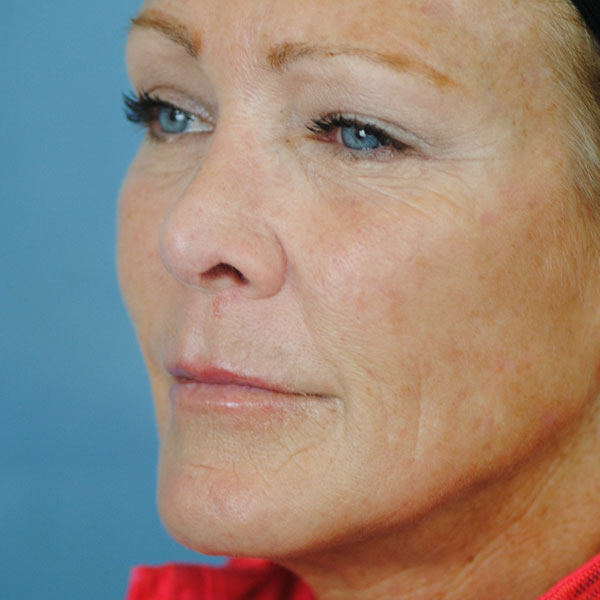 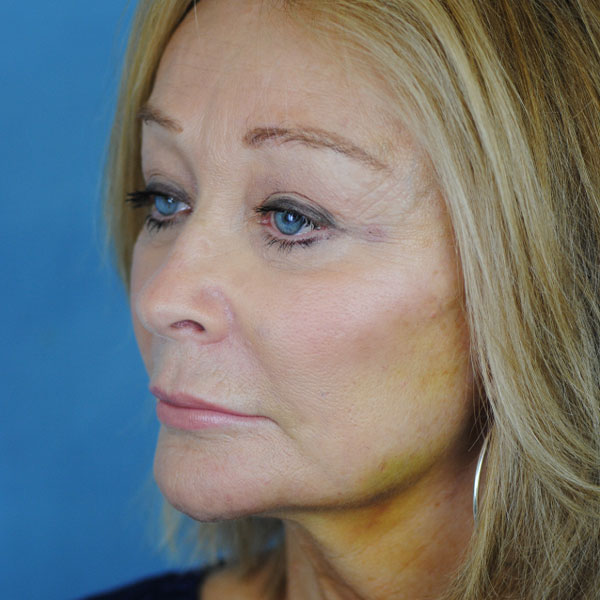 Fat grafting has a long and storied history. I first began fat grafting almost twenty years ago for several years when the procedure was in its infancy of popularity. While we had some fantastic results, there were some occasional but frustrating problems of limited yield, unpredictable survival, and occasional lumps or overcorrection, especially around the thin skin of the eyes. Since that time, many things have changed. The cannulas have gotten smaller, enabling smaller aliquots of fat to be placed. This has increased survival and reduced the incidence of small irregularities.

Another thing which has taken our fat grafting results to the next level was serendipitous. While most fillers are dispensed 1cc at a time, Sculptra® is felt to create 4-5cc of volume. So, it is more reasonable to restore volume with Scultpra® than the 1cc fillers. The manufacturers of Sculptra® require that physicians receive one on one training from a National Trainer. Dr. Funcik has trained over 100 physicians throughout the country in its use. While conducting these trainings of experienced Plastic Surgeons and Dermatologists, Dr. Funcik had an opportunity to create an artistic algorithm for restoring youthful volume. The tips and tricks learned from injecting Sculptra® have greatly enhanced our results with fat grafting.

Probably the most common question an intelligent patient asks is how long fat lasts. The simple answer is that even in the worst case scenario, where yield is limited (smoker, diabetic, prior chemotherapy) approximately 50% of the fat still manages to survive. Therefore, the cost per cc of fat is much less than fillers. Practically speaking, we have not had issues in the absence of these complicating factors. It is quite rare, but not unheard of, that a second round of fat grafting would be indicated. Because of this persistence, we do not perform the procedure on young, lean individuals. For them, we fill lines with fillers and do selective re-volumization with Sculptra®. If a lean, young person were to receive fat grafting and then gain body fat with aging, they could wind up looking over corrected years later. We limit the procedure to mature adults with a rather stable body weight.

Concerning the stem-cell effects of fat grafting, there is much to be learned. The whole stem-cell craze has gotten a lot of press. Less than ethical providers are marketing the process as a panacea. But it is true that millions of dollars are being spent on research related to fat grafting. It is being investigated for everything from arthritis to gingivitis and hair loss. And indeed, we have seen examples of skin texture, sun damage, old scars and skin resurfacing enhanced by fat grafting.

What are the Benefits of Fat Grafting? 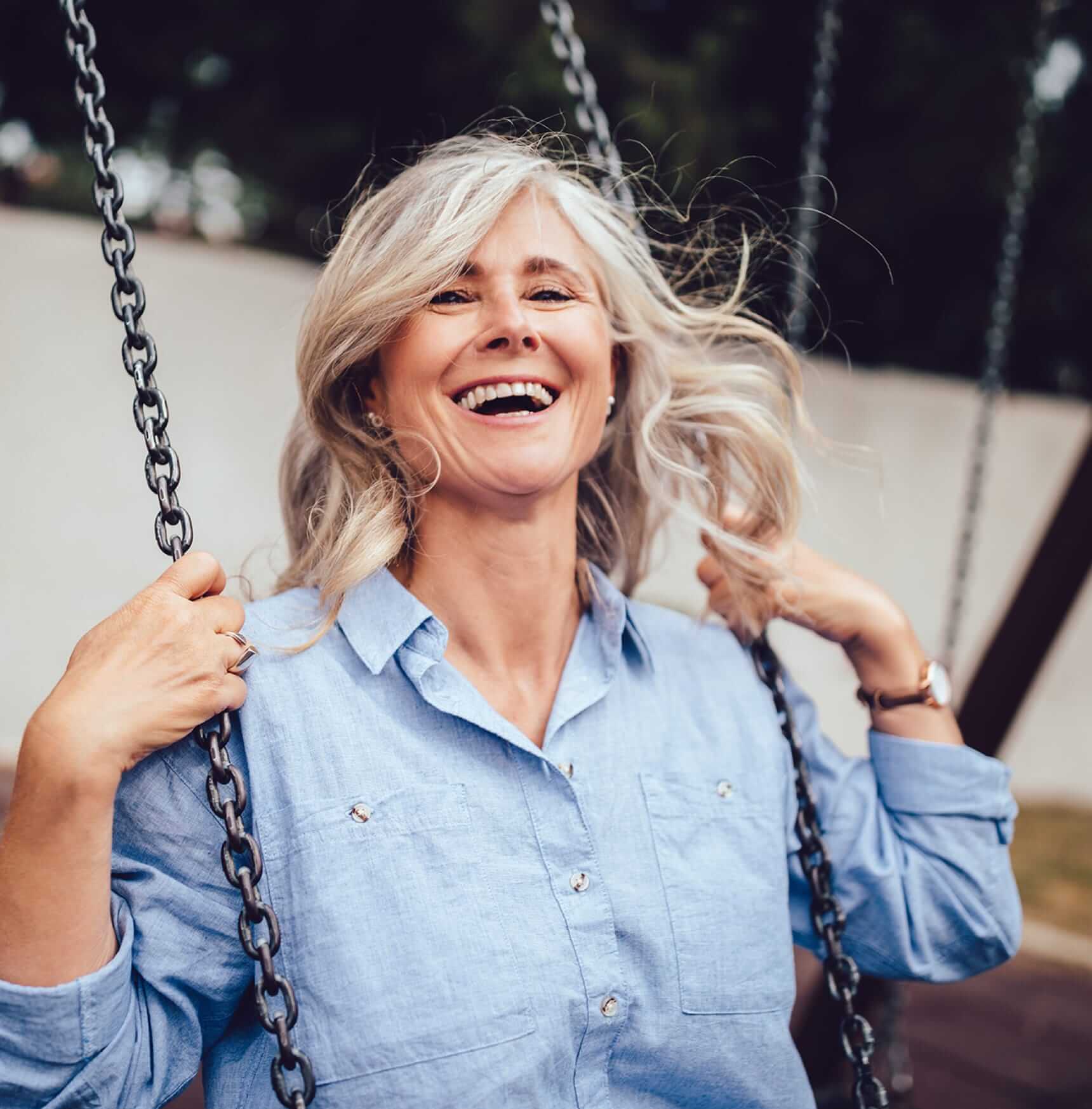 Am I a Good Candidate for Facial Fat Grafting?

Facial fat grafting is typically performed on patients who are older than 30—either alone or with other facial plastic procedures—when they are bothered by areas of their face that have started to look hollow, sharp, skeletal, or sunken. This surgery is ideal for those who want more long-term results than dermal fillers. 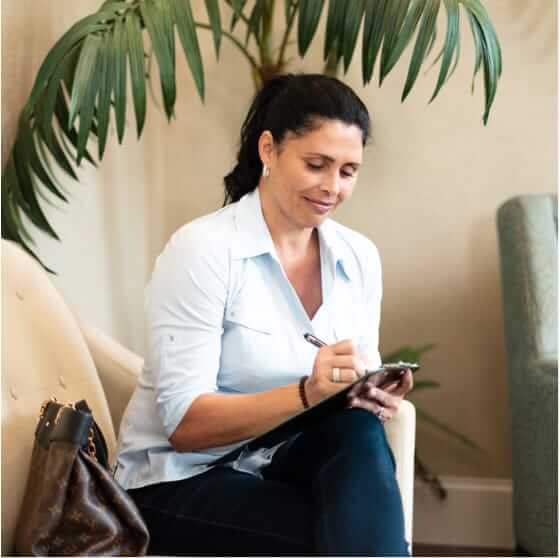 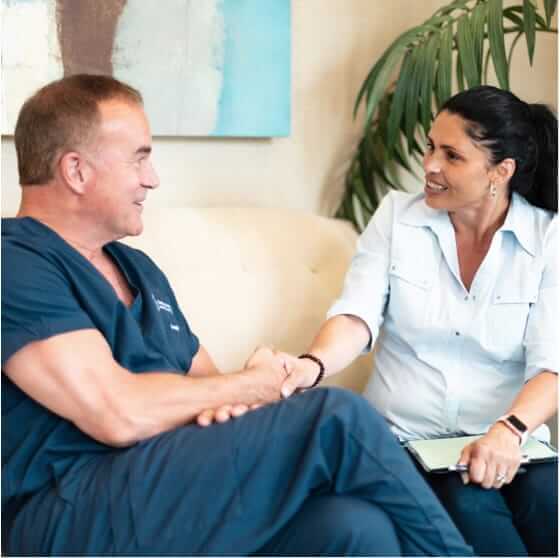 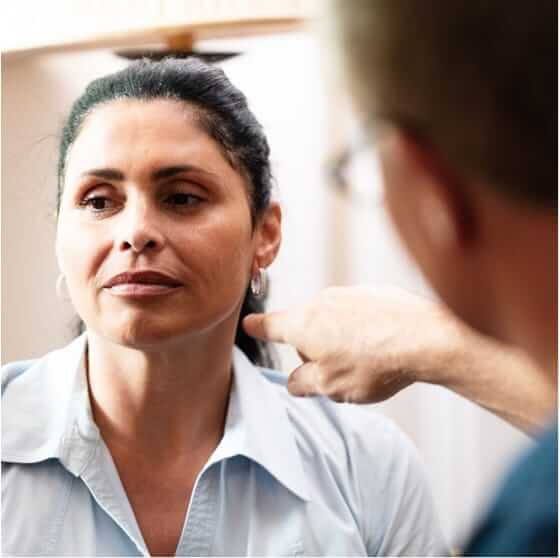 Aside from the small incisions that will need to be made for liposuction, this procedure does not require extensive surgery, and any discomfort usually dissipates within a few days.

After a facial fat grafting operation, the head will need to stay elevated for about 3-5 days, and swelling, redness, and/or bruising may be present for a few weeks. The patient can expect to see volume changes about four months after surgery, with the final results being apparent by six months after.

For the best results in fat grafting Mount Pleasant, SC has to offer, Dr. Funcik will monitor your healing and will let you know when the best time to return to work and normal activities will be.

How Long Will My Results Last?

Although fat grafting lasts a lifetime, about 60-80% of fat survives after the transfer. Once the fat cells have been injected, your body will produce tiny blood vessels to keep the fat cells alive in their new area. Dr. Funcik will instruct you on how to give your transferred fat the best survival rate, and multiple sessions may be necessary in order to build on your results and achieve the desired results.

If you’re interested in fat grafting in Charleston, contact us today to schedule a consultation with Dr. Funcik and find out if you’re a candidate! We look forward to hearing from you.